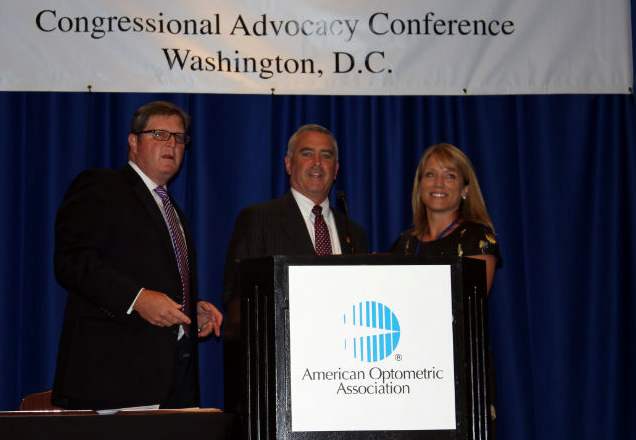 Born in Columbus, Ohio at University Hospital ... steps from the College of Optometry. Moved to Cincinnati upon graduation and have been here since.

OD/MS’96 (including studying stereoacuity in small angle strabismics under Dr. Paulette Schmidt in 1996)

Who were your mentors at the College of Optometry? Who had a positive effect on your education?

I also feel compelled to mention Dr. Greg Good (OD’75, MS’79, PhD’81) as someone who had a “positive effect” on my education, in that he didn’t turn me and three of my classmates in for skipping class to play cards. Finding us in the mail room, he stood over us and asked in a booming voice, “What are you playing?” I meekly mumbled, “Euchre.” Dr. Good bellowed, “I see. We used to play bridge.” And then he turned and strolled out of the room. 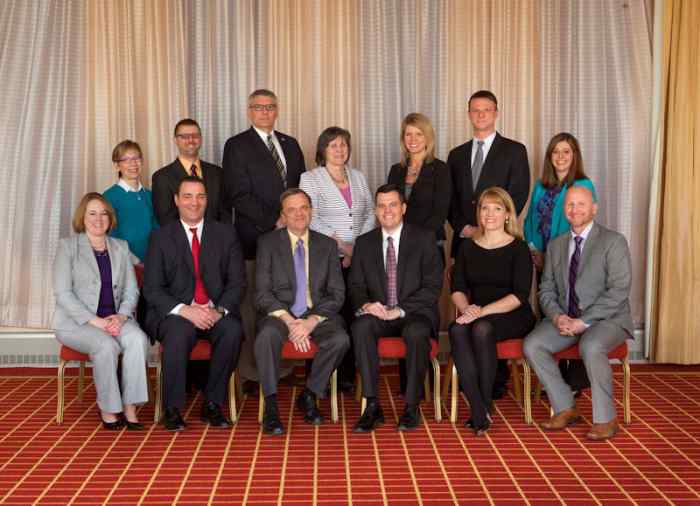 Name of your employer(s) and title, including location.

Give us a glimpse of your typical day as an optometrist.

I’m not quite sure what a typical day is anymore! Each day is a little different. You might find me meeting with third party payers advocating for optometric inclusion, educating primary care physicians on how optometry plays a critical role in their patient’s care, discussing IT with a bunch of systems analysts, organizing programming for optometric education, lobbying policy makers at the Statehouse or Capitol Hill, or reconciling referrals from health systems.

My son put it best: I’m making sure eye care is kept in health care.

Which optometric issues concern you the most?

As healthcare reform evolves, I’m concerned that optometry may be excluded from new healthcare reimbursement and delivery models. These new models could shrink access to optometric services and hinder our ability to be profitable. But I am incredibly bullish on the profession! We have the answers to a lot of problems that plague healthcare delivery; we deliver quality care in a timely manner and are geographically well distributed. Optometry needs to communicate this to the public, policy makers, and other health care providers. Membership in the AOA and your state affiliate is critical to accomplish this goal.

Why did you choose a career in optometry? 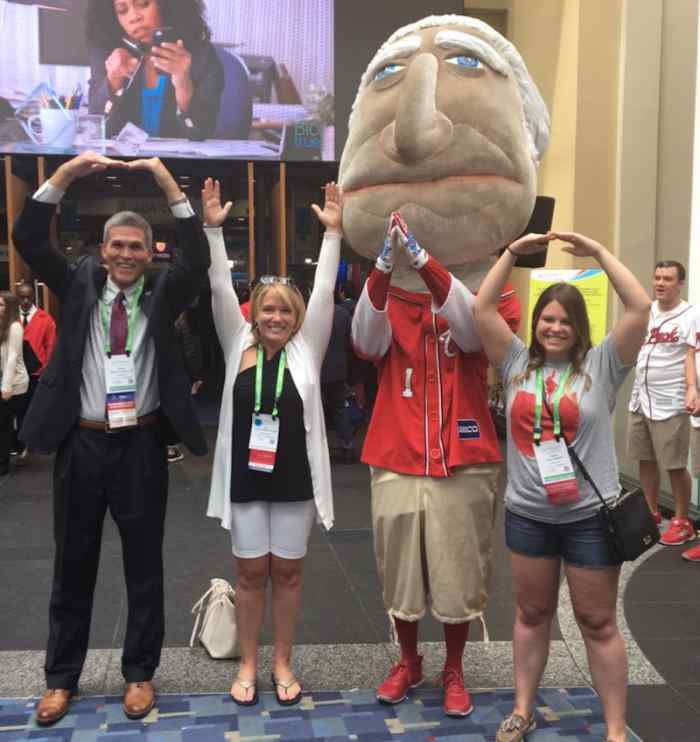 Well, the honest answer is that my mother thought it would be a good idea. As a high myope, she had first received glasses in grade school and had a lot of experience going to an optometrist. Having good acuity, I myself hadn’t received much more than screenings as a child. (Well, except for that time when I was two years old and my mom saw my eyes repeatedly crossing while she fed me in my highchair. Many appointments later, doctors finally told my mom, “She’s just doing that.” But I digress.) Knowing that I liked the life sciences but was deathly afraid of needles and knives, she made an appointment for me with a local optometrist to check it out, and the rest is history. As I type this, I’m struck by the irony that I’ve spent the last several years championing yearly pediatric eye examinations (even when they see well) and that our profession is expanding its scope to include needles and knives …

Where do you hope to see your optometric career in five years?

Last May, I announced my intent to run for the Board of Trustees of the American Optometric Association. I can’t underestimate the importance of advocating for the profession to the public and policymakers, promoting the importance of and access to comprehensive eye care, and providing meaningful resources that strengthen professional viability. I thoroughly enjoyed serving on the Ohio Optometric Association’s Board of Directors, and hope to receive the endorsement of the AOA’s House of Delegates in June and serve at a national level.

What is one piece of advice you can give OPT IV students as they prepare to graduate and begin their optometric careers?

At The Ohio State University College of Optometry, you have an incredible support system within the walls of the College. Once you graduate however, your resources aren’t always as apparent to you. Be sure to stay active within the AOA and your state affiliate, wherever you land (Ohio State grads do … 93% of us join our state affiliate upon graduation). Go to every and any meeting you can, even when you are not sure what it is about. Be there. Sometimes the most unexpected things fall into your lap … it’s how I first heard about HRSA funding for the expansion of school-based health care. Dr. Cheryl Archer (OD’84) asked if I knew anything about it. I didn’t…but from that meeting, Ohio’s involvement in the nation’s first self-sustaining school-based vision center began. 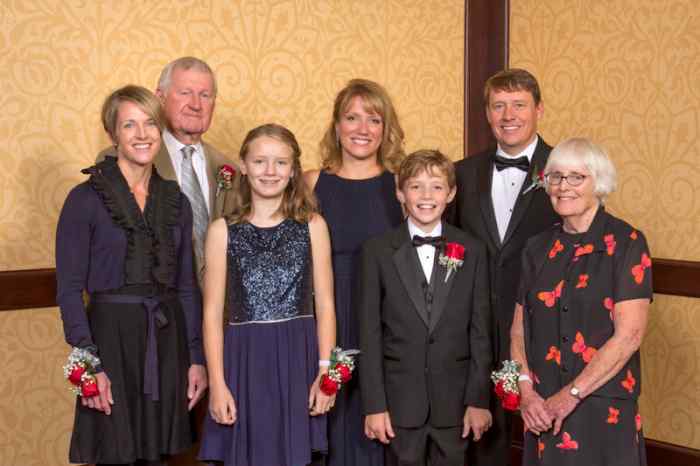 What were your most memorable moments at Ohio State?

Goodness … so much to choose from. The annual football “tailgates” at my apartment with that giant sub sandwich followed by the march along (and for some … in) the Olentangy to the Shoe, dancing with the Neutron Man on national television, optometry ski trips to New York, wearing the most spectacular hats to the ophthalmic optics final, being the first class that had to attend summers, that ocular physiology final where all the answers were “A," and the sleepless nights finishing my master's thesis before the internet was a thing.

What does Ohio State and the College of Optometry mean to you and your family?

In my immediate family, we have 11 degrees from Ohio State, plus my father warmed the bench for Woody Hayes. But for Ohio State …

How do you stay connected with the College of Optometry?

Ohio is fortunate to have a close relationship between the OOA and the College of Optometry. Working with the OOA has strengthened my relationship with the College. And I’m excited to step into a new role on the Board of the Optometry Alumni Society serving our 3,000 alumni. 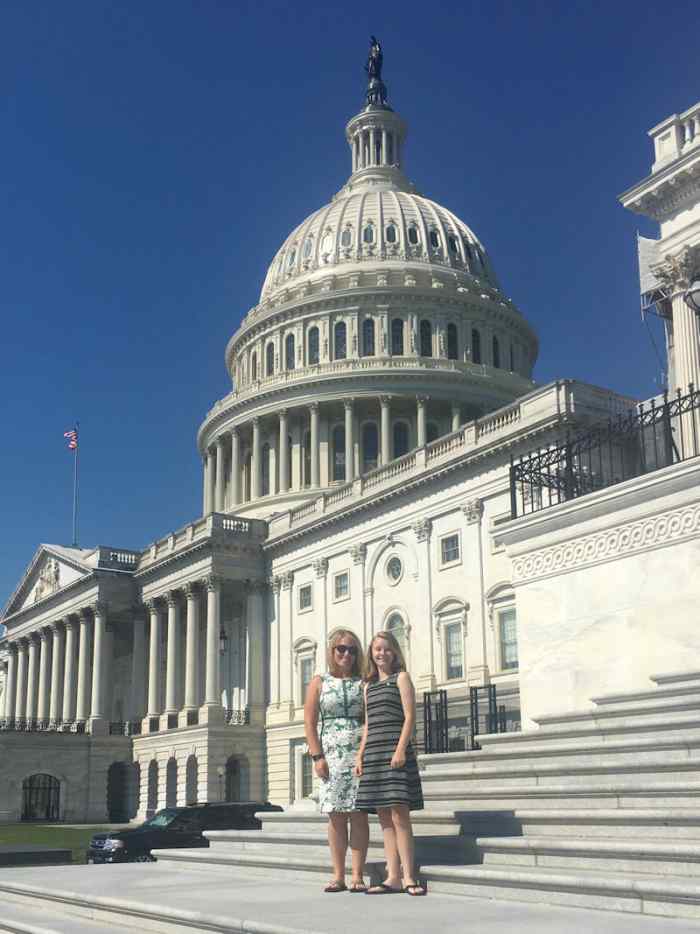 I currently serve as my Community Council President … it’s been a very rewarding experience. Got off to a bit of a rocky start, however. Within one month following my election, there was a major fire in our business district displacing residents and businesses AND we had a neighborhood streaker who was on the lam for several days. Things seemed to have settled down now.

What was the first concert that you attended / most recent?

First concert: The Beach Boys at the Ohio State Fair in high school. My boyfriend took me, and I eventually married him. Most recent concert that people would recognize: Twenty One Pilots, and my daughter knew every single word. Most recent concert that people may be unfamiliar with: The Lone Bellow. Go see them live … an amazing wall of sound with just three singers.

What is your favorite activity during the holiday season?

Having both been born and raised in Columbus, my parents retired to Steamboat Springs, Colorado in 2008. It’s awful that they are so far away, but it also means we spend as much time as we can over the holidays with them. Skiing, sleighing, ice skating … my family always has a white Christmas!

If you could have a superpower, what would it be?

Bad puns? That’s how eye roll. Can’t pick just one. Or two. Can I see one again?

I struggled coming up with an answer to this one, so I polled my sister, husband, and friend. They respectively replied: The mayor, a bartender, and a trophy wife. It seems I will be sticking with optometry!