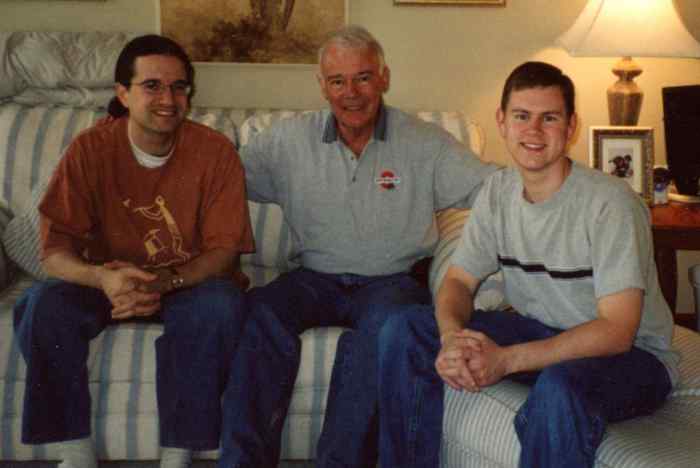 Born in St. Louis, Missouri, and raised in Youngstown and Cleveland, Ohio.

Why did you choose to attend Ohio State?

I chose Ohio State because it is very highly rated in the sciences and health care professions and it was a national and international university with many extracurricular activities, including intramural sports.

Who were your mentors at Ohio State?

I served as an optometry officer and Chief of the Eye Clinic in the U.S. Air Force at Beale AFB in California.

I have been an optometric educator since 1970 starting at Ohio State then at the New England College of Optometry, the University of Alabama Birmingham, Pacific University in Oregon, Pennsylvania College of Optometry, then back to Ohio State where I retired in 2007. I taught pediatric optometry, vision screening, how to diagnosis and treat eye diseases, public health, ocular and medical emergencies, and contact lenses. I served as a student advisor. I lectured at many CE meetings including the Academy of Optometry.

I served as Chief of Optometry at the Seattle Indian Health Board, examining and treating Native Americans, and supervising externs from Pacific University.

I instructed First Aid courses for the American Red Cross. I was an instructor for the American Heart Association in both Cardiopulmonary Resuscitation and in Advanced Cardiac Life Support. I served as an advisor for two Medical Explorer posts.

Tell us about the rewards you have experienced as an optometrist.

In 1981 I became Chief of Optometry at the Lebanon VA and directed the residency program. I became Chief of Optometry at the Chillicothe VA in 1986. I chaired the Visual Impairment Services Team at both facilities. As a Clinical Associate Professor at Ohio State I directed the Hospital Based Residency Program and supervised Externs. Serving Veterans was very rewarding because they were very appreciative. The greatest reward was watching them evolve as outstanding clinicians, then following their careers once they finished.

Tell us more about your connection to Ohio State.

I have been on the Board of the Ohio State Ross County Alumni Association, including two years as president since 1989. I started and have been Chair of the Freshman Merit Scholarship program since 1990. I also serve as an academic recruiter for Ohio State.

I enjoy hiking, touring historical sites, and visiting with family and old friends.

A high school teacher, teaching biology, chemistry, and physics. I also would have been a part-time coach, coaching track and baseball.

I established an endowed merit scholarship called The John F. Schuller Scholarship at the College of Optometry in honor of my brother, John, for students working with visually impaired and/or developmentally disabled children.