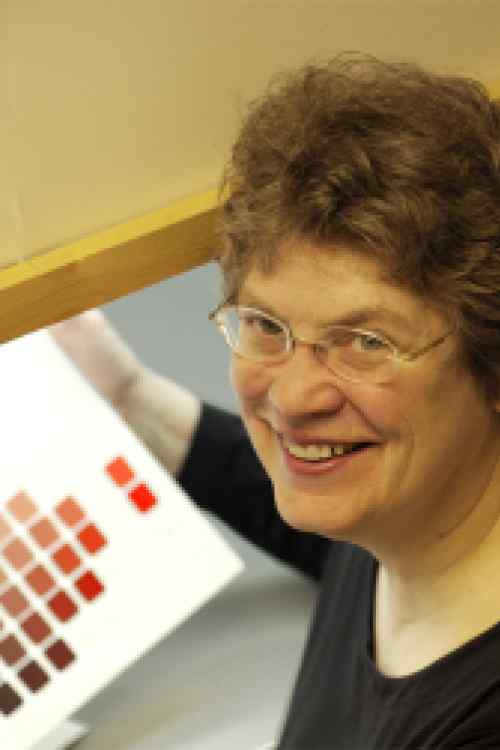 Her primary area of research is visual development, and includes work on visual acuity, contrast sensitivity and contrast discrimination, infant color vision, and infant vernier acuity. She has recently received a major individual research grant from the National Eye Institute, in collaboration with Precision Vision., Inc., to develop the Newborn Acuity Cards and the Newborn Contrast Cards, for use on full-term and pre-term infants.

Her recent work, in collaboration with Dr. Gregory Hopkins and Dr. Bradley Dougherty of the College of Optometry, demonstrated the clinical usefulness of the Ohio Contrast Cards, which are a test of contrast sensitivity to be used in conjunction with the Teller Acuity Cards.

She also collaborates with Prof. Delwin T. Lindsey, of the Ohio State University Department of Psychology, in studies of the naming of colors by people around the world. So far, they have worked extensively on American English, Japanese, and Somali, and they have also studied the naming and understanding of colors by the Hadza people of Tanzania, one of the last remaining hunger-gatherer societies in the world.