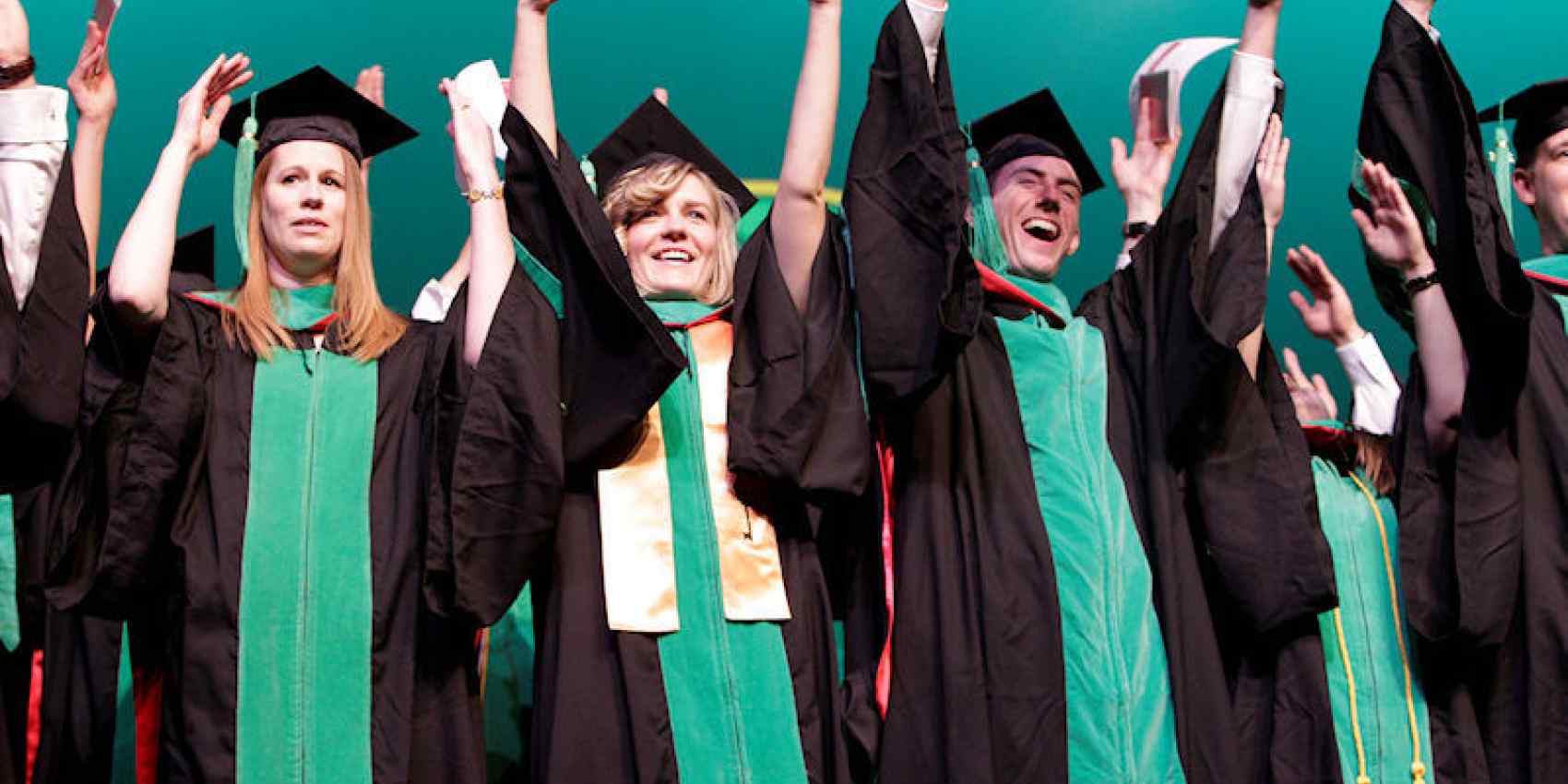 The Class of 2014 Convocation took place in the Thurber Theater at the Drake Conference and Events Center on The Ohio State University campus on Saturday, May 3, 2014, at 4 p.m. Sixty-one students received their Doctor of Optometry degree; five received a combined OD/Master’s degree, and three received a Master’s degree, having completed an Advanced Practice Fellowship.

Dean Melvin Shipp hosted the 47th Doctoral Convocation, his final one as dean of the College before he steps down as dean on May 31st. He began by introducing emeritus dean, Dr. Fred Hebbard. Dr. Hebbard received his optometry degree from the University of California, Berkeley School of Optometry in 1949. He earned his PhD in physiological optics from Berkeley in 1957. He accepted a faculty appointment at Ohio State upon completion of his PhD, where he assumed teaching and clinical responsibilities while he continued his research in micro eye movements. He became associate director of the School of Optometry in 1962 and director in 1966 when Dr. Glenn Fry stepped down. Subsequently, in 1968, when the School of Optometry became the College of Optometry, Dr. Hebbard served as the founding dean, a position held for 20 years (1968-1988).

Dean Emeritus, Dr. Richard Hill, who served as the second dean of the College from 1988 to 1995, provided exemplary service to the profession of optometry and The Ohio State University for five decades. During that time, Dr. Hill worked tirelessly on accreditation issues, improving the physical environment for students and patients, enhancing alumni relations, fund raising, and curricular enhancements. He has published over 250 research papers, two books, and more than 97 articles on contact lens developments. He has been recognized by the American Academy of Optometry with the Glenn A. Fry Award for research contributions, and the Prentice Medal for advancement of knowledge in the visual sciences; the Ohio Optometric Association as the Optometrist of the Year; and The Ohio State University’s Distinguished Service Award, among many others. Dr. Hill presented the 2014 Convocation address entitled Sources of Confidence.

At the conclusion of Dr. Hill’s remarks, 2014 Class President, Dr. Jonathan Andrews, thanked Dean Shipp for his years of service and presented him with a class gift.

For the first time in the College’s history, both parents of a graduate participated in the hooding ceremony when Kim Powell (OD’76) and Lynette Powell (OD’80) hooded their son, Dr. Blake Powell. Other proud parents participating in the ceremony included Lamar Zigler (OD/MS’81), hooding his son Dr. David Zigler, and Wolfram Andrews (OD, Pennsylvania College of Optometry), who bestowed his son Dr. Jonathan Andrews’ hood.

The recipient of the Beta Sigma Kappa Medal was Phillip Yuhas (OD’14), and the Lyle Gassman Award went to Michael-Vu Do (OD’14).

The program concluded with Dr. Jamz Porzio’s beautiful harmonizing with the audience as he led them in Carmen, Ohio.