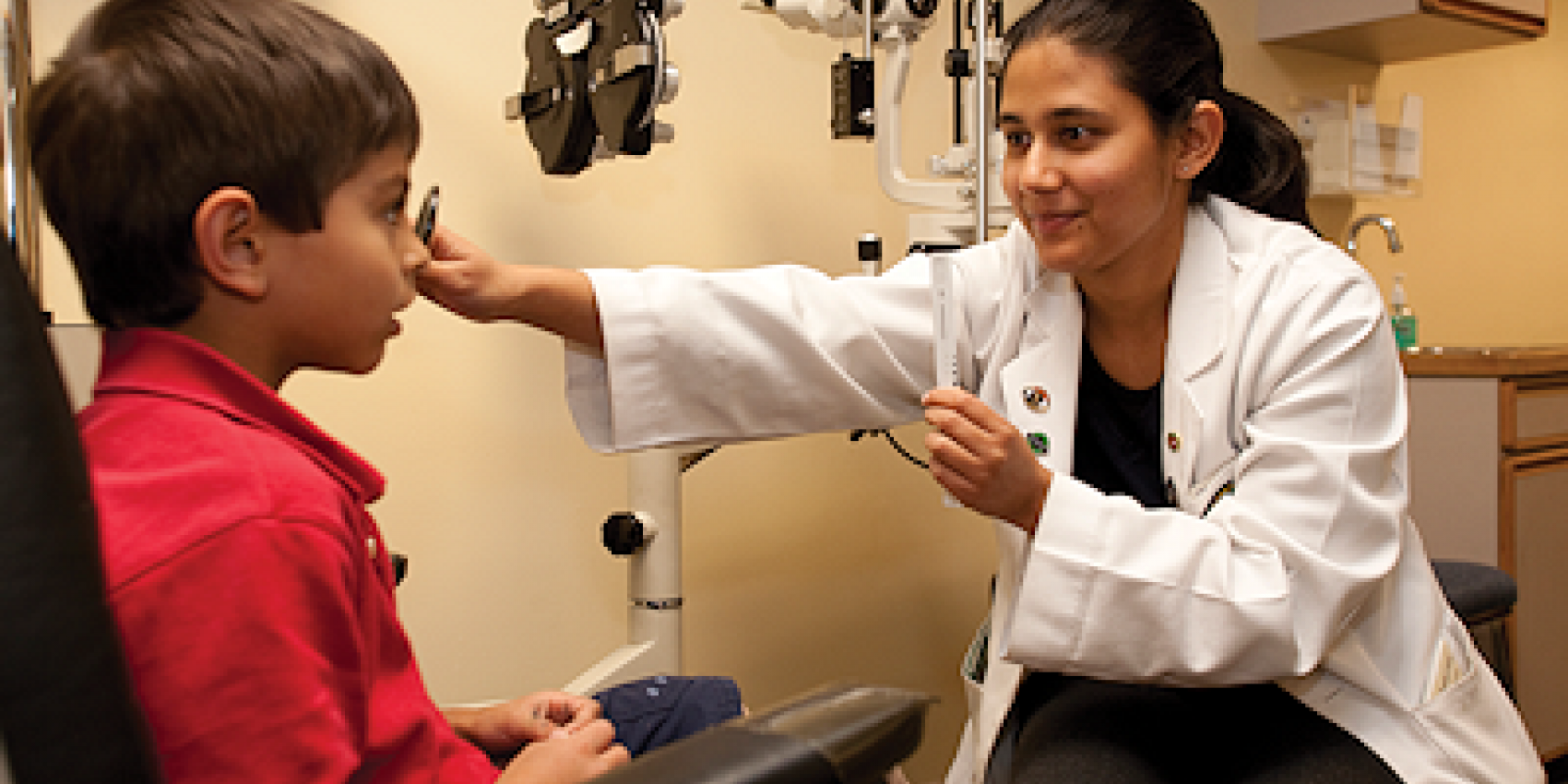 Despite what many parents may think, kids who spend a lot of time reading or squinting at tiny electronic screens don’t have a greater risk of becoming nearsighted than kids who don’t . However, how children spend their time is important: that risk is only reduced if the child spends plenty of quality time outside.

The "outdoor effect" on nearsightedness, or myopia, is a longstanding observation backed by both scientific and anecdotal evidence. It’s so compelling that some nations in Asia, which have among the highest myopia rates in the world, have increased the amount of daily outdoor time for children in the hopes of reducing the need for glasses. But so far, no one has defined exactly what it is about being outside that seems to offer a protective effect against the condition, which causes distant objects to appear blurry.

"Data suggest that a child who is genetically predisposed to myopia are three times less likely to need glasses if they spend more than 14 hours a week outdoors," says optometrist Donald Mutti, OD, PhD, of The Ohio State University College of Optometry. "But we don’t really know what makes outdoor time so special. If we knew, we could change how we approach myopia."

Supported by a pilot grant from Ohio State’s Center for Clinical and Translational Science (CCTS), Mutti is now focusing his research on the variables he feels have the most potential: invisible ultraviolet B rays (UVB) and vitamin D, and visible bright light and dopamine.

"Between the ages of five and nine, a child’s eye is still growing. Sometimes this growth causes the distance between the lens and retina to lengthen, leading to nearsightedness," explained Mutti. "We think these different types of outdoor light may help preserve the proper shape and length of the eye during that growth period."

UVB light is invisible to the human eye, but triggers several cellular functions in the body, including the production of vitamin D. Vitamin D is thought to support the function of the smooth muscle tissue found around the lens in the eye. This muscle not only helps focus light on the retina, but may also maintain the proper eye shape and length between the lens and the retina, something that can become distorted during the rapid growth of a child’s eye.

Some studies, including one by Mutti, show that people with myopia have lower blood levels of vitamin D – indicating that they have spent less time outdoors, with possible negative effects on the eye.

However, the data are difficult to interpret because vitamin D levels are hard to measure and change dramatically from season to season. While people usually get most of their UVB exposure during the summer, vitamin D levels don’t spike until the fall – something that could make study results less accurate if not taken into consideration.

In order to develop a protocol for measuring vitamin D levels, Mutti is conducting a study in which participants are wearing monitors that detect exposure to UV and visible light. Levels of vitamin D are also being measured via blood and saliva samples.

"We don’t know if vitamin D is simply a proxy for measuring outdoor time, or if it is actually exerting a biological effect on how the eye works and develops," said Mutti. "The current study will validate the way we measure vitamin D, so that we can more accurately figure out what role it really plays in large-scale studies."

There’s another part of sunlight that could help prevent myopia: exposure to visible bright light. Even on a cloudy day, visible light outdoors is at least 10 times brighter than the light indoors.

When exposed to outdoor light, specialized cells in the retina help control how big or little the pupil dilates to let more or less light in. The cells connect to others that release dopamine – an important neurotransmitter in the eye and brain. Previous research suggests that dopamine also slows down the growth of the eye, but there isn’t technology currently available that can measure dopamine release in the eye directly. However, thanks to another CCTS-funded researcher, Andrew Hartwick, OD, PhD, there is a way to measure the activity of these specialized cells by looking at how the pupil reacts to light. Mutti thinks he can use Hartwick’s procedure – developed as an early detection test for glaucoma - as a stand in for measuring dopamine release.

"Dr. Hartwick developed a protocol that measures how much these specialized retinal cells contribute to pupil responses to blue and red light," said Mutti. "Our initial research suggests that the pupil responds more if these cells have been exposed to a lot of sunlight in the previous few days. That could serve as a proxy for how much dopamine the eye has been producing."

Last week, Mutti and his research team presented their results at the American Academy of Optometry annual meeting, including some of their early findings from studies looking at what happens to the pupil after visible light exposure.

These data and other ongoing studies will help Mutti develop rock-solid methodologies that he hopes can ultimately be used in large scale clinical trials – and help get the answers that so many scientists and parents would like to know.

"I think the research we are doing now will help us finally solve the mystery of the outdoor effect, and maybe help some people avoid a lifetime of wearing glasses," said Mutti. "In the meantime, I tell parents don’t worry about reading, get their kids outside, but don’t forget sunglasses and sunscreen."

Mutti’s research team is being supported by the CCTS and the National Eye Institute. Collaborators include Karla Zadnik, OD, PhD, Dean, The Ohio State University College of Optometry.