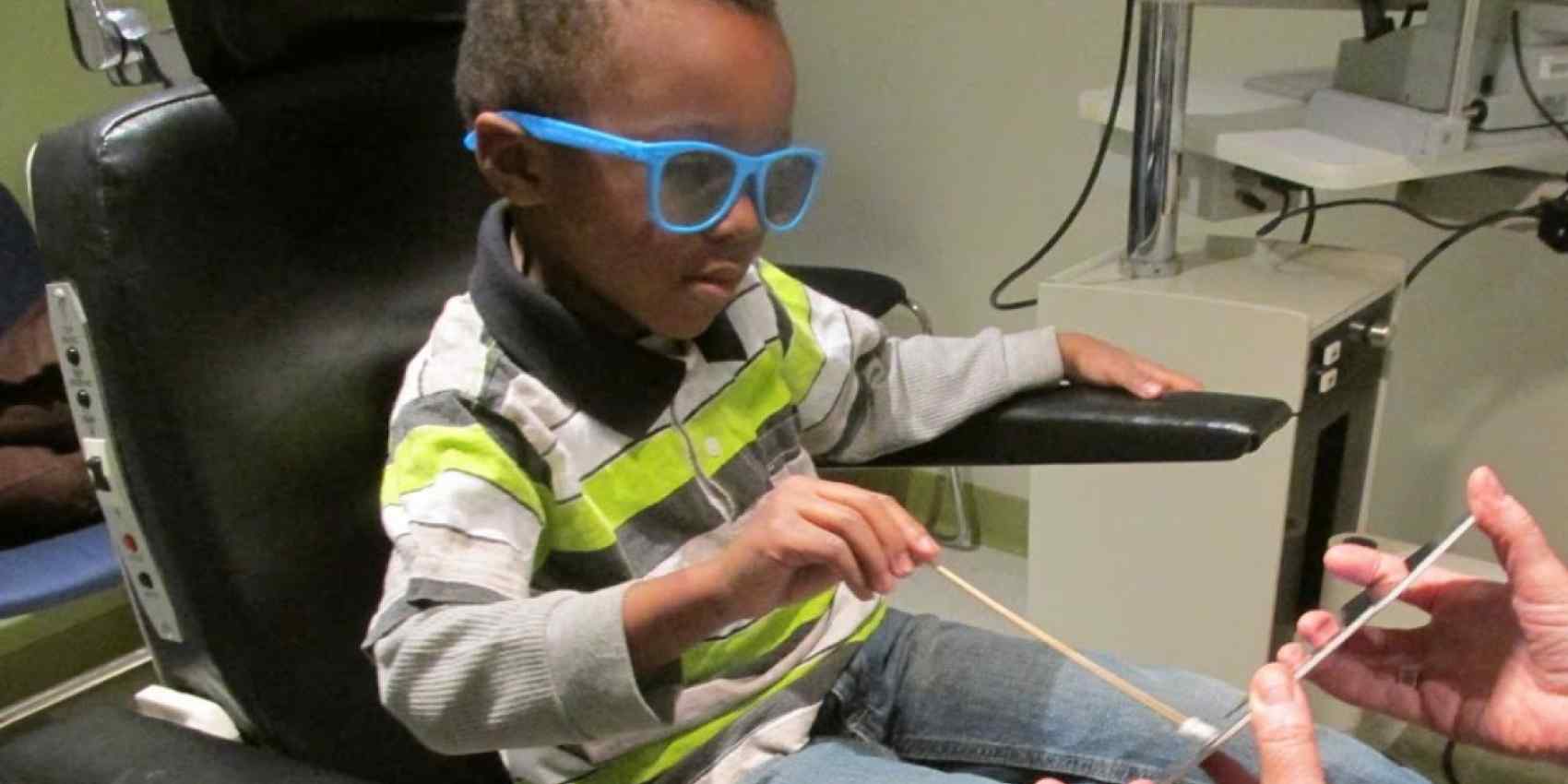 COLUMBUS, Ohio – Kids with uncorrected farsightedness lose ground on reading skills before they ever start first grade, a new study has found.

And the difference may be enough to put them at risk for later reading problems, based on previous studies.

An estimated 4 to 14 percent of preschool children have moderate farsightedness, or hyperopia.

“There’s a lot of controversy in terms of what to do with these kids,” Kulp said, explaining that some argue against prescribing glasses because they believe they have enough ability to overcome the farsightedness.

“But some doctors think it may be better to prescribe glasses because it could help improve vision or educational skills.”

It is too early to recommend that all farsighted children get glasses, said Kulp, a professor of optometry. But she hopes this research, the first large-scale study to look at farsightedness and reading readiness in this age group, is an important step in clearing up the uncertainty. The results appear online this week in the journal Ophthalmology.

The researchers evaluated the vision and early reading skills of 4- and 5-year-old children in three cities – Boston, Philadelphia and Columbus, Ohio. None of the children in the study wore glasses.

The 244 farsighted children in the study performed more poorly on a standard test of early literacy than the 248 children with normal vision. The lowest scores on the Test of Preschool Early Literacy were seen in the children with worse near vision or decreased depth perception.

Moderate farsightedness is not obvious and children usually don’t complain.

“They don’t have a reference for comparison. They just assume everybody sees that way,” Kulp said.

“Experiences in early childhood classrooms are often young children’s first exposure to key early literacy building blocks,” the study authors wrote, adding that children entering kindergarten and first grade are expected to have some knowledge of vocabulary, phonics and reading.

“Educational achievement requirements and visual demands for preschoolers are rapidly increasing in today’s society,” making it especially important to recognize and understand deficits linked to vision problems, Kulp and her co-authors concluded.

The National Eye Institute supported the study. The researchers hope to do a follow-up study comparing young farsighted children with glasses and with uncorrected vision.

Until that work is complete, it remains unclear whether prescribing glasses to children in this age group erases the literacy lag, Kulp said.

“We need to begin to answer the question of how we should think about moderate farsightedness and what we should do about it,” said Elise Ciner, a professor at the Pennsylvania College of Optometry, Salus University and a co-author of the study.

Because there isn’t widespread agreement on how to care for these children, parents can become confused about what is best for their sons and daughters.

It’s important to sort out which children will most benefit from glasses so they aren’t overprescribed, leading to unnecessary costs, the researchers said.

“This study is helping answer questions about which children we need to be concerned about,” Ciner said. “It doesn’t have all the answers, but is beginning to shed more light on how we should approach moderate uncorrected farsightedness in this age group.”

Other researchers who were part of the Vision In Preschoolers – Hyperopia In Preschoolers study were Maureen Maguire, Maxwell Pistilli and Gui-shuang Ying of the University of Pennsylvania; Bruce Moore, of the New England College of Optometry; Jill Pentimonti, of the American Institutes for Research; Lynn Cyert, of Northeastern State University; T. Rowan Candy, of Indiana University; and Graham Quinn, of Children’s Hospital of Philadelphia.