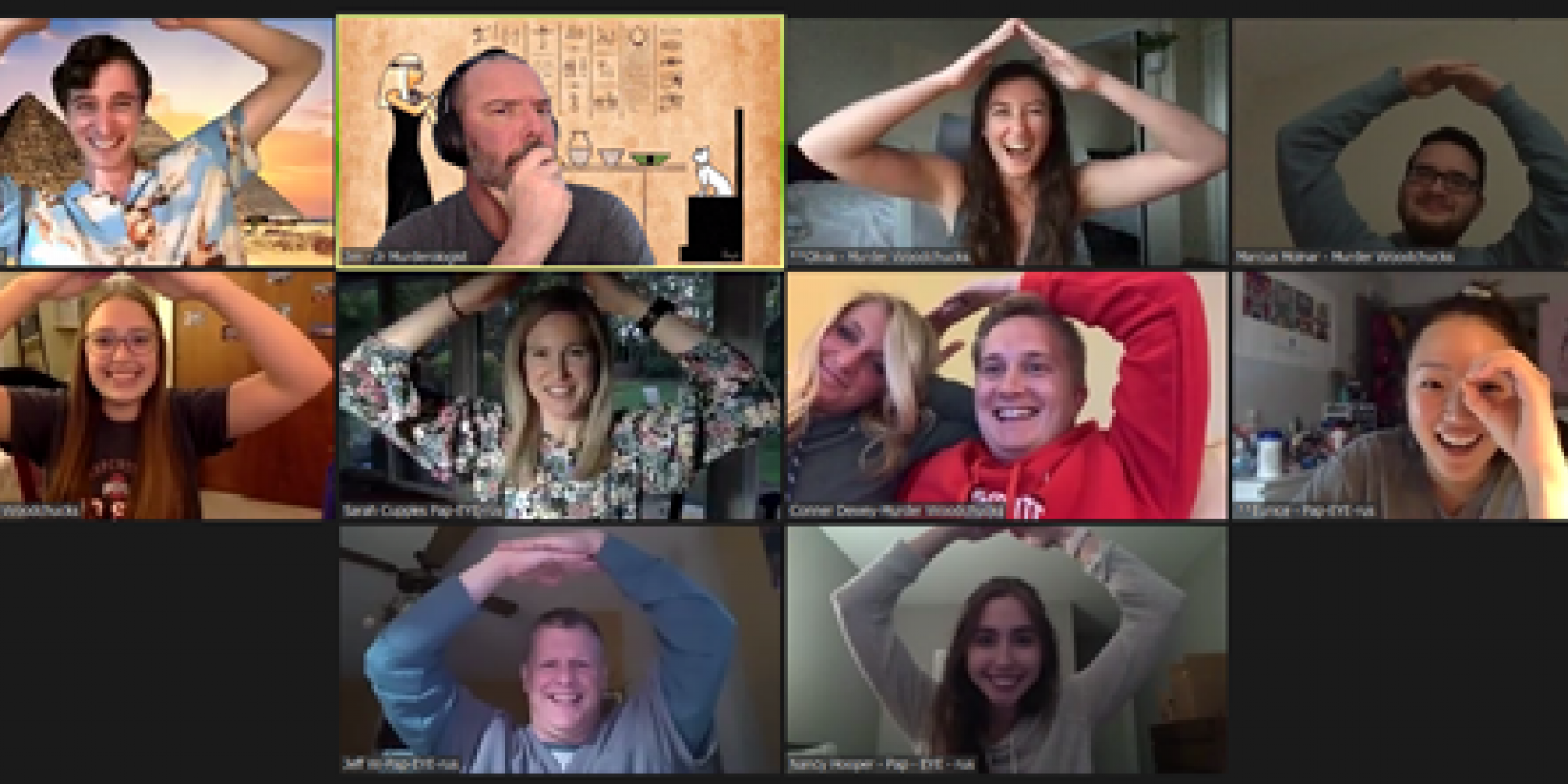 Ohio State Optometry SocialEyes groups are engaging and building friendships during the pandemic by creatively incorporating technology into their activities.

After swearing to not consult Google, group members were charged with solving the murder of Pharaoh Ramesses III. Following a quick overview of the victim and potential perpetrators, participants were split into two teams and retreated to their respective virtual breakout rooms to solve the crime.

In the breakout rooms, the first order of business was for team members to share a bit about themselves and pick team names. The first team chose to fuse Egyptian and optometric themes with the name, PapEYErus (alternate spelling PapIRIS), and the second team chose Murder Woodchucks for hilarious reasons that shall remain within the confines of the team.

Along the way, students solved puzzles and answered trivia questions to earn additional clues about the murder. By the time the teams had to submit their official thoughts on who murdered Pharaoh Ramesses III, they had shared many laughs and gotten to know one another a little bit better. For the record, both teams came to the same conclusion!