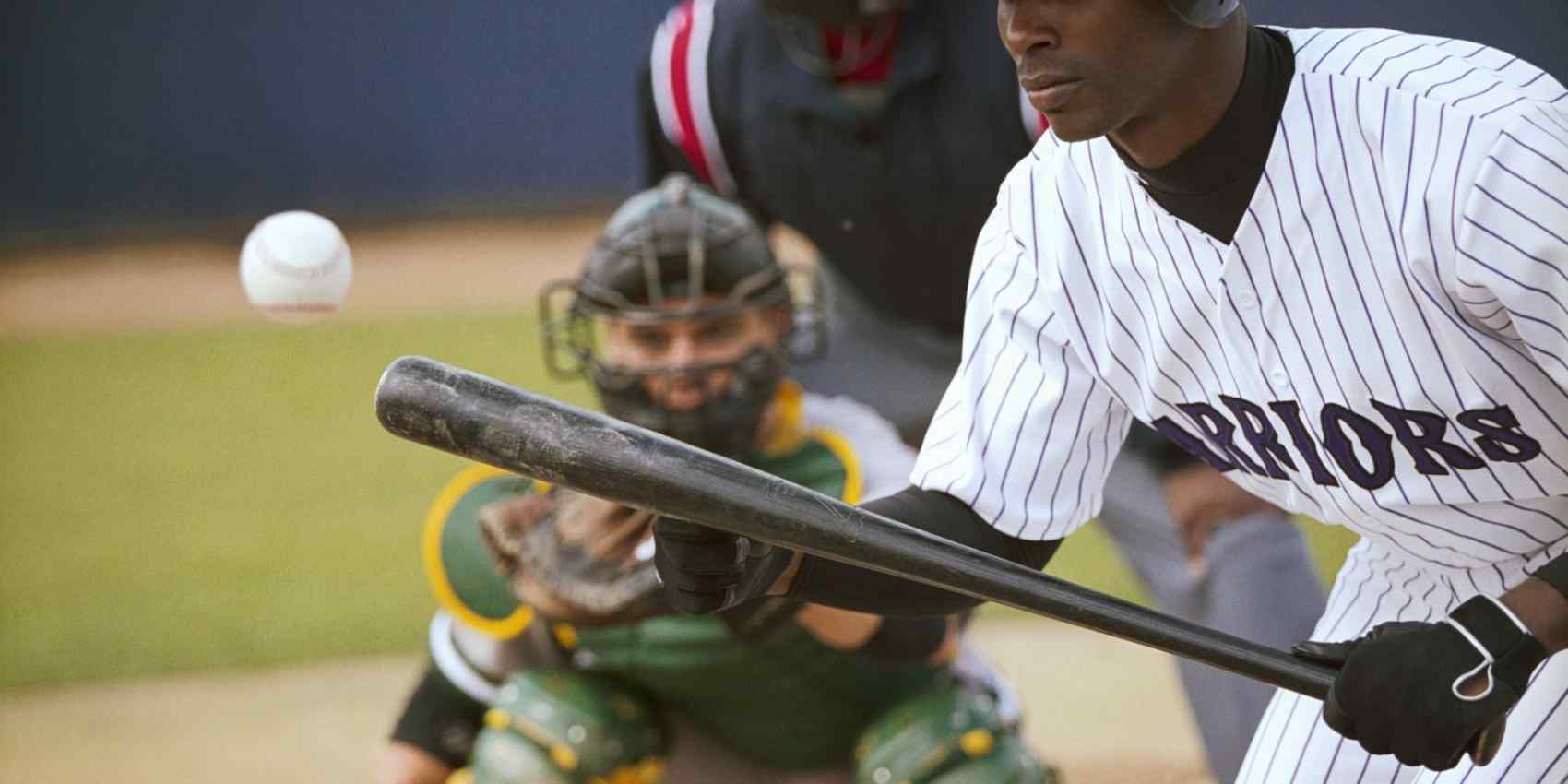 Batters move their heads to keep their eyes on the ball

Researchers are revisiting an age-old question in baseball: Do batters actually keep their eye on the ball?

A review of the few film- and lab-based studies on the subject suggests that yes, indeed, batters’ eyes are watching the pitched ball. But they’re moving their heads, and not their eyes, to direct their gaze.

And then, with little time to spare, some batters in studies shifted their gaze toward home plate, a move that researchers suspect is related to trying to anticipate where the ball will be when it is in batting range. But not all batters made this move to briefly take their eye off the ball.

After examining previous studies on head and eye movements in baseball batters, Ohio State University researchers concluded that there is no consensus on which head and eye movements are most likely to improve batting performance – but further investigation could get the sport to the point at which eye gaze-based batting training is feasible.

“One question we had was whether batters actually keep their eye on the ball, and if they do, does that lead to some advantage?” said Nick Fogt, professor of optometry at Ohio State and co-author of the review.

“What we’ve found, and it’s been replicated several times, is that they do keep their eye on the ball, but they don’t turn their eyes – they turn their head, which is fruitful in terms of a scientific question: Is there some reason why you would do it this way?

“Presumably there is, but we don’t quite have that nailed down yet.”

Fogt co-authored the paper with Andrew Toole, associate professor of clinical optometry at Ohio State. The review is published in the July issue of Optometry and Vision Science.

Despite the pending questions, one thing is certain: During the half-a-second journey of a pitched ball to home plate, batters are negotiating a lot of visual and neural signals – some of which contradict each other.

Given the time pressure, it could be that batters move their head to reduce the complicated calculations needed to get the bat to the right place at the right time. But head movement requires that batters suppress a finely tuned vision-related system, Toole said.

By keeping their head and eyes toward the ball, batters are essentially canceling out what is known as the vestibular ocular reflex (VOR), which allows us to see a stable world as our heads move around.

“The VOR helps us maintain our gaze toward where we’re looking in space,” Toole said. “When it comes to something like batting, when I’m rotating my head to follow the ball, the VOR is telling my eyes to go in the opposite direction. … So that VOR has to be canceled if the eyes are going to stay on the ball.”

In the paper, Fogt and Toole trace the history of eye and head movement studies in baseball batters, the first two of which were published in 1954 and 1984, and more recent studies conducted within the last decade.

The findings consistently showed that baseball players at all levels kept their eye on the pitched ball with similar head movements, and also suggested that the process of swinging the bat doesn’t seem to influence what the eyes and head are doing.

But less clear is whether some batters’ flicker of the eye away from the ball, gaze changes called “anticipatory saccades,” affect overall batting success.

“The question is, do batters try to keep following the ball all the way to the plate or do they take their central vision off of it and look to where it’s going to go?” Fogt said. “That’s an important question, because if you’re going to teach somebody what to do, we need to know if that’s a strategy employed regularly and whether it’s helpful.”

Toole said he and Fogt are currently exploring this component of batting vision, studying how quickly batters make predictions about the ball’s trajectory and how accurate those predictions are. They also said larger studies under game conditions are needed to determine which gaze strategies are most beneficial for baseball batting.

If the steady stream of inquiries from professional leagues at a variety of levels is any indication, there appears to be interest in this line of research, the scientists say.

The lessons to be learned about vision concerns encountered in baseball may apply to everyday life as well – and vice versa, Toole and Fogt noted. In tasks as simple as pouring a glass of milk or as complicated as driving in heavy traffic, there’s a lot to consider: How do we organize our thinking when we’re pressed for time? Should we fix our gaze on the focus of our attention or make predictions about how things will play out based on past experiences?

“We’re using baseball batting as a model, but these questions are more generalizable than just to baseball,” Fogt said. “Ultimately, once we understand how and why the hand, eye and head are coordinated in a certain way, then training these patterns is the next step. And those are questions that I think this research can underpin.”

Note: Dr. Nick Fogt was the lead guest editor of the July issue of Optometry and Vision Science. This issue also includes an Esports paper by Dr. Jenny Fogt and Dr. Nick Fogt, in collaboration with Ohio State colleagues across campus. Academy membership or Ohio State library credentials are required to access the full issue online.