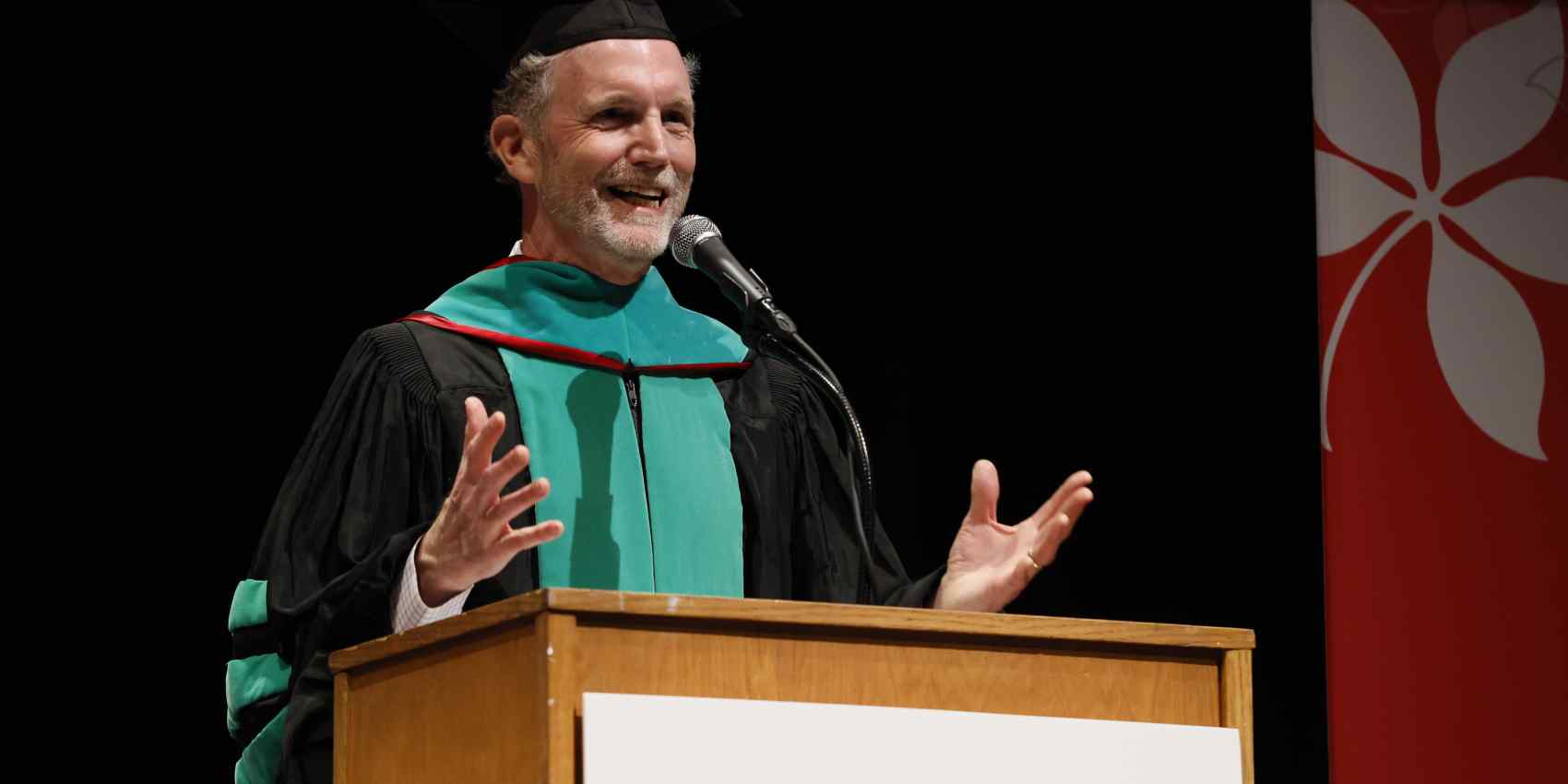 “I feel like I have always known Dr. Tom Quinn,” said Dean Karla Zadnik, OD, PhD. “His contributions to the optometric profession in Ohio and nationally are legendary.”

Dr. Quinn earned his OD degree in 1979 and a Master’s degree in Physiological Optics in 1981, both from The Ohio State University College of Optometry.

After serving on the college’s faculty for two years, Dr. Quinn and his wife, Susan Quinn, OD, established a group practice in Athens, Ohio, which proudly serves as an extern site for Ohio State Optometry students.

Dr. Quinn served as chair of the American Optometric Association’s Contact Lens & Cornea Section (2014-2015) and was honored to receive their Legend Award (2016) and the Dr. Rodger Kame Exceptional Service Award (2017). He served as chair of the Ohio Optometric Association’s (OOA) EastWest Eye Conference (2012-2017) and was presented with the OOA’s Optometrist of the Year Award in 2016.

Dr. Quinn is a Fellow of the American Academy of Optometry and a Diplomate of its Cornea, Contact Lens & Refractive Technologies Section. He has served the Academy in various capacities over the years and currently chairs its Clinical Investigator Certification Program, leads the Mentorship section of the Flom Leadership Course Series, and serves as host of the Anterior Segment Portion of the Academy’s Clinical Podcast Series. He was the 2019 Recipient of the American Academy of Optometry’s Vincent Ellerbrock Clinician Educator Award.

A passionate believer in the many benefits of contact lens correction, Dr. Quinn is a fellow of the Scleral Lens Education Society, an advisor to the Gas Permeable Lens Institute (GPLI), and a past recipient of its GP Lens Practitioner of the Year Award.

Both Drs. Quinn are avid supporters of the college and endowed a scholarship supporting third- and fourth-year students who have financial need and demonstrate a history of volunteerism. Dr. Quinn currently serves on The Ohio State University College of Optometry Alumni Magazine’s editorial team.